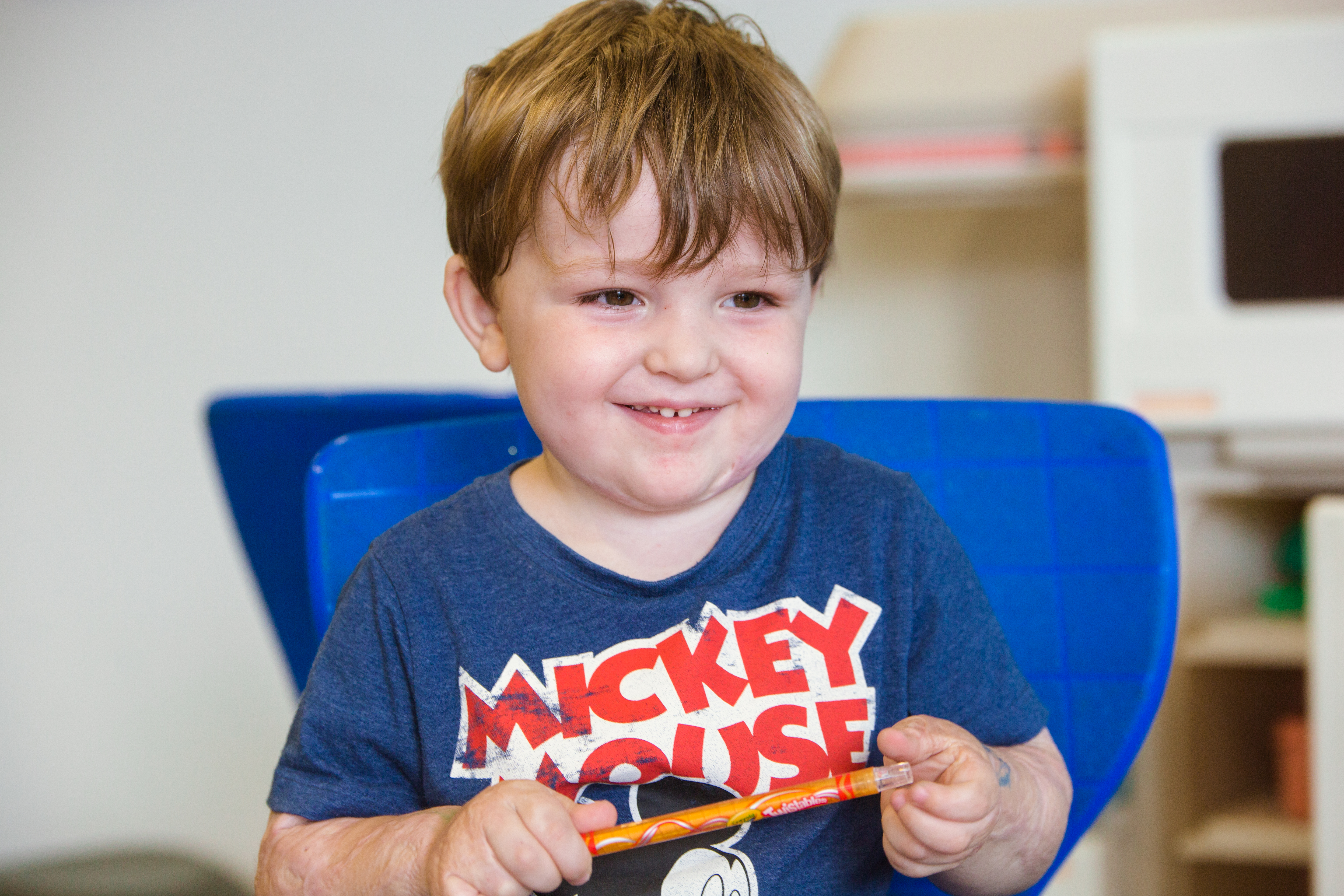 Charlie was an active and inquisitive one-year-old. On an ordinary day in September, just before his first birthday, Charlie’s curiosity caused him to have a terrible accident.

A deep fryer was cooking away seemingly out of harms’ reach, when in a second Charlie managed to pull it off the surface, pouring boiling hot oil over himself.

Charlie’s mum, Samantha, jumped into action rushing the toddler into the shower until an ambulance arrived to rush him to the Queensland Children’s Hospital.

Charlie sustained full thickness burns to 36 per cent of his body, requiring immediate surgery to reduce long-term damage from his injuries; he was in theatre for eight hours over the first two days, under the care of paediatric surgeon and Director of the Centre of Children’s Burns and Trauma Research, Professor Roy Kimble.

Groundbreaking research funded by the Children’s Hospital Foundation has changed the way burns are treated worldwide. We have proven that by relieving pain properly, and reducing anxiety, we can actually heal a child’s wound faster.” Professor Kimble said.