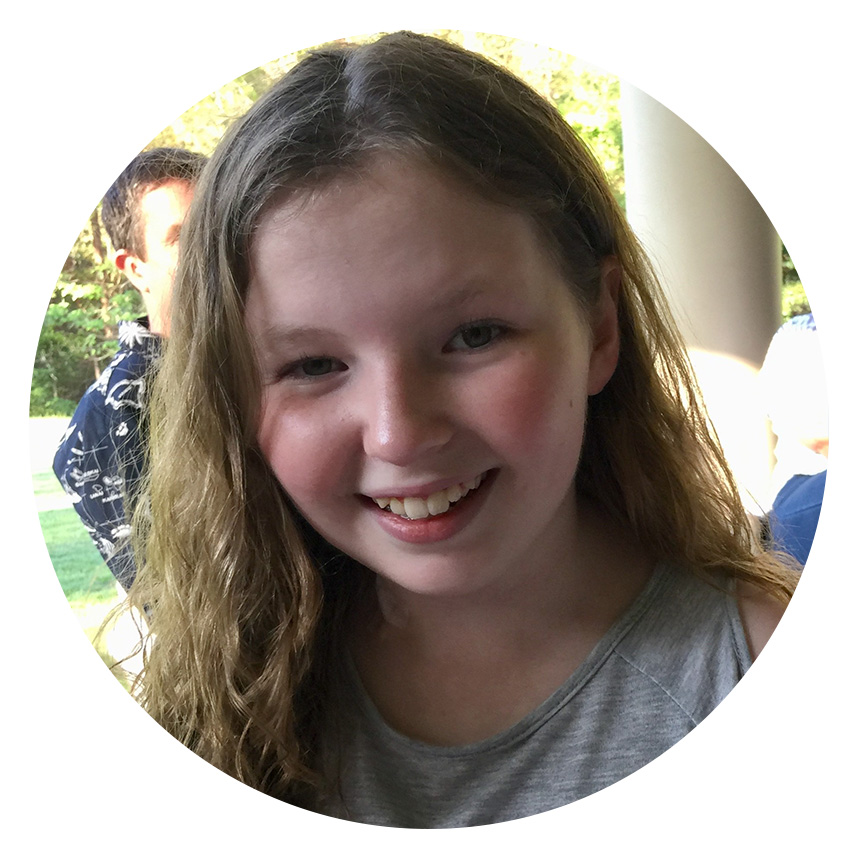 Charlotte was like most other preteen girls, she excelled academically and loved school, she danced, learnt French and Japanese, she played piano and loved music.

She planned on going to uni, having fun and helping others. Charlotte was like every other girl except that in late September 2013, when she was 8, her mum found a lump near her spine while giving her a hug. It turned out to be an extremely rare type of Ewings Sarcoma which is a cancer that forms in bone or soft tissue. Charlotte’s own cells had mutated recklessly and silently turned against her – completely undetected, with not so much as a sniffle, a fever or an ache.

She bravely endured five and a half years of cancer treatment that included eight invasive surgeries, seven conventional cancer treatments, two traditional radiation treatments and two experimental radiation treatments. And yet she passed away in her parents’ arms on the 15 April 2019. She died four months prior to her 14th birthday, before she could undergo targeted immunotherapy. It wasn’t ready yet when she needed it most.

Charlotte’s family’s deepest wish was that she would be able to receive immunotherapy. But Charlotte didn’t get the chance to benefit from this progressive treatment that has saved so many adults. This is the motivation for Charlotte’s family to support the Children’s Hospital Foundation in helping to invest funding into children’s immunotherapy research – to ensure that in the near future any child facing a cancer diagnosis may have the opportunity for less aggressive and more effective treatments. Together they wish for children to recover and live long, healthy and happy lives….that will be Charlotte’s legacy.